Alibaba Group Holding Ltd (NYSE:BABA) has let down its investors yet again. The stock hit another 52-week low yesterday within a week. Shares spiraled down in yesterday’s trade, showing little or no signs of recovery. The stock hit all-new lows at $70.03, to finish the trade at $70.32. A major factor which weighed down the stock was the declining trend in U.S. stock markets during yesterday’s trade. In fact, all of the Wall Street closed in the red yesterday.
Following the drop in yesterday’s trade, Alibaba shares now stand at a market cap of $183.71 billion. Negative sentiments within U.S. stock markets caused worry among Alibaba investors. However, its trading volume rose to 21 million, exceeding its 30-day average trading volume of 12.34 million by a significant margin. Overall, shares plummeted more than 3.8% and now trade at a 52-week low of $70.03, and a 52-week high of $120.
at 3:46 AM No comments:
Email ThisBlogThis!Share to TwitterShare to FacebookShare to Pinterest

Alibaba Group Holding Ltd. (BABA) slipped on its second day of trading after bankers exercised an option to boost the Chinese e-commerce company’s share offering size to a global record of $25 billion.
Alibaba’s shares dropped 3.1 percent to $91 as of 9:44 a.m. in New York after soaring 38 percent in their trading debut on Sept. 19. Trading volume was 13.7 million shares, after 271.9 million changed hands last week, data compiled by Bloomberg show.
at 7:38 AM 1 comment:
Email ThisBlogThis!Share to TwitterShare to FacebookShare to Pinterest

NEW YORK (Reuters) - Alibaba Group Holding Ltd's (BABA.N) shares soared 38 percent in their first day of trading on Friday as investors jumped at the chance for a piece of what is likely to rank as the largest IPO in history, in a massive bet on China's burgeoning middle class.
It was an auspicious debut for the Chinese e-commerce company, which was founded by Jack Ma in his apartment in 1999 and now accounts for 80 percent of online sales in China.
at 6:14 PM No comments:
Email ThisBlogThis!Share to TwitterShare to FacebookShare to Pinterest

Alibaba raises price range of massive IPO due to demand

With its IPO already expected to be record-breaking in the US, the Chinese company will price its stock even higher. That could translate to $25 billion.


Chinese e-commerce company Alibaba, which is poised to make US stock market history with its initial public offering, boosted the price of its shares Monday.
The company filed an amended F-1 filing with a new price range of $66 to $68 a share.
The decision was based on the "overwhelming" investor demand Alibaba is seeing for its shares, a source "familiar with the deal" told Reuters. Alibaba declined CNET's request for comment on the topic.
The company could go public this week.
Earlier this month, Alibaba announced it would price its shares between $60 and $66, potentiallynabbing up to $24.3 billion in the offering -- which would make it the largest US initial public offering. With Alibaba's new pricing, ranging from $66 to $68, the company could make a little more than $25 billion.
The current record holder for top Internet public offering is Facebook, which raised $16 billion in 2012. If successful, Alibaba's IPO could beat out Facebook as well as Visa, which raised $19.1 billion in 2008 -- the largest IPO in US history thus far.
Alibaba plans to list its shares under the symbol "BABA" with the New York Stock Exchange.
While not a household name in the US, Alibaba is the dominant force in Internet retail in China. The company owns several e-commerce sites, including Taobao, a consumer-to-consumer marketplace similar to eBay, and TMall, a shopping hub for brands like Apple and Gap to sell direct to customers.
Alibaba's rapid growth -- the company's revenue rose 66 percent in its fourth quarter of 2013 -- has come largely from China and surrounding areas, but it is widely viewed as a potential threat online retail sites, such as Amazon and eBay in the US, as it eyes international expansion.
In June, Alibaba launched a new marketplace, called 11 Main, to competes in the US, but it is unclear if the site has gained traction with consumers and merchants. Alibaba founder Jack Ma said on Monday that his company will eye further competition with US and European e-commerce companies in the coming months and years.

at 6:52 PM No comments:
Email ThisBlogThis!Share to TwitterShare to FacebookShare to Pinterest

REUTERS: Alibaba Group Holding Ltd  plans to increase the size of its US initial public offering because of "overwhelming" demand for the deal, people familiar with the deal said on Monday.

The Chinese e-commerce company launched the IPO last week and had enough investor demand to cover the entire deal within two days, people familiar with the process said last week.

Alibaba could set a new record for the world's biggest IPO if underwriters exercise an option to sell additional shares to meet demand, pushing it as high as US$24.3bil and overtaking Agricultural Bank of China Ltd's US$22.1bil listing in 2010.

The company and some shareholders offered 320.1 million American depositary shares at a US$60-US$66 per share indicative range. Alibaba will likely file an amendment to its IPO later on Monday with a higher price range after discussing the new price with large US mutual funds and institutional investors, one of the people said.

"Demand has been overwhelming since the launch," said the person, who couldn't be named because details of the IPO aren't yet public. "Increasing the price range was already on the cards from the beginning."

Bloomberg earlier reported that Alibaba plans to increase the top end of the price range to above US$70.

Reuters reported on Friday that Alibaba plans to close its IPO order book early after it received enough orders to sell all the shares in the record-breaking offering.

The company launched its IPO last week and is expected to price the deal on Sept 18. It will start trading a day later.

at 5:37 AM No comments:
Email ThisBlogThis!Share to TwitterShare to FacebookShare to Pinterest

Alibaba Group Holding Ltd., the e-commerce company whose fortunes surged along withChina’s economy, plans a historic U.S. initial public offering that may also claim the global record.
Alibaba is seeking a valuation of as much as $162.7 billion, larger than 95 percent of the Standard & Poor’s 500 Index, as it enters the IPO’s final stages. At the high end of the proposed price range, Alibaba would be the third most valuable Internet company traded in the U.S. after Google Inc. and Facebook Inc. The offering could raise as much as $21.1 billion, according to a Sept. 5 regulatory filing.
Exposed: How To Rake In Up To 500% Gains With The ALIBABA IPO. Click Here to find out more !
at 9:24 AM No comments:
Email ThisBlogThis!Share to TwitterShare to FacebookShare to Pinterest 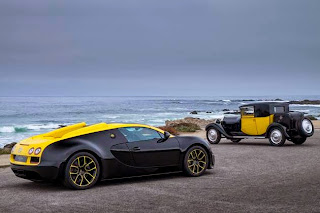 at 2:00 AM No comments:
Email ThisBlogThis!Share to TwitterShare to FacebookShare to Pinterest
Older Posts Home
Subscribe to: Posts (Atom)